When Lenovo launched a dual-screen laptop last year with an LCD front-facing screen and a secondary E Ink display on the lid, I figured it was an experiment that was likely to be a one-off design. But I was wrong because Lenovo just introduced the Lenovo ThinkBook Plus Gen 2 i.

This year’s model features a more powerful processor, a bigger, higher-res E Ink screen, a thinner and lighter design, and a higher price tag. The Lenovo ThinkBook Plus Gen 2 i will sell for $1549 when it hits the streets later in the first quarter of 2021.

Lenovo says this year’s model supports up to an Intel Core i7 Tiger Lake processor, 16GB of LPDDR4x memory, and up to 1TB of PCIe Gen 4 solid state storage.

But on the lid there’s a 12 inch, 2560 x 1600 pixel monochrome touchscreen display. While it doesn’t exactly cover the lid, it does have a 68 percent screen-to-body ratio, which is a big step up from the 48 percent ratio in last year’s model (which had a 10.8 inch, 1920 x 1080 pixel E Ink screen). The larger, higher-resolution screen should make the E Ink screen more useable.

Among other things, it allows you to run some apps on the low-power, high-contrast screen without opening the lid. Here are some of the things Lenovo says you can do with the E Ink screen:

The laptop has a 180 degree hinge that allows you to fold the notebook flat, but it’s not a 360-degree hinge so if you plan to use the ThinkPad Plus Gen 2 i in tablet or stand modes, you’ll be limited to using  the E Ink screen. 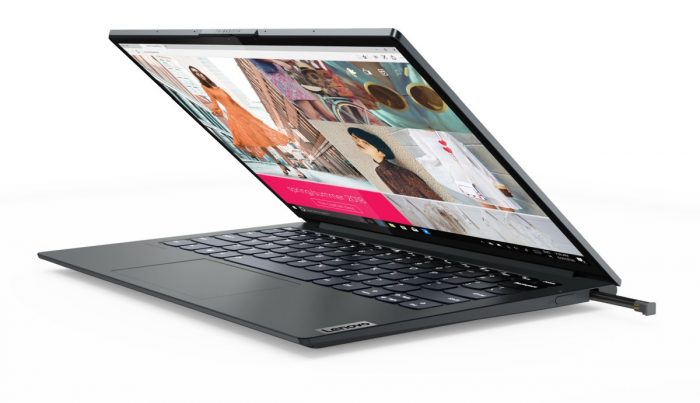 You can write notes or draw on the E Ink screen using a digital pen that docks and charges in a port in the side of the notebook when you’re not using it.

Lenovo says the 2nd-gen model is faster than its predecessor thanks to a move from 10th-gen Intel Comet Lake processor options to 11th-gen Tiger Lake, but it’s also quieter thanks to an updated cooling system.

The notebook has a magnesium body and aluminum lid and it’s powered by a 53Wh battery. It has two Thunderbolt 4 ports and a headphone jack, a fingerprint reader integrated into the power button, stereo 2 watt speakers, 4 microphones, an HD camera with a shutter that covers it when you’re not using it, and support for WiFi 6 and Bluetooth 5.0.

“I have never done Botox or surgery” Jennifer Lopez hits back after followers accused...

I’ve never seen a government with zero emphaty like that of Buhari – Governor...